A man wakes up in a hospital bed. A woman he doesn’t know is there to ask him questions. Two little girls have disappeared.

A room in a hospital. Paul asleep in a bed. Diane sitting on a chair at the foot of the bed. A puzzle on a table. Paul wakes up.

(moving a piece of the puzzle) May I…? I know this painting. Renoir, isn’t it?

They want to keep you under observation for a while. Best be on the safe side.

It was quite a serious accident. You’re lucky to be alive.

At that speed there’s no telling what might happen. Don’t you want to ask me anything? 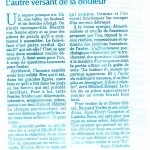 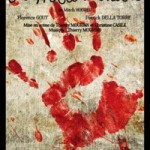